he has been alongside Vasco Rossi for over thirty years composing some of the most famous rocker pieces such as Canzone, There is who says no, Rock 'n' roll show and many others

Born on 28 April 1953 in Concordia sulla Secchia (in the province of Modena), at the age of ten he he finds in his hands an eight thousand lire "Eko" acoustic guitar, a gift from his mother, and it is love at first sight.
Completely self-taught (apart from the first musical rudiments given to him by the master of the band of his country), he during the years of study through the succession of international musical upheavals, from the Beat to the English Blues Revival, to the Stones, to Jimi Hendrix and Led Zeppelin, Punk and Police, Joni Mitchell and Neil Young, Progressive and Mahavisnu Orchestra, Van Halen and Metallica .
In 1977 he met Vasco Rossi at the Modena train station, flared jeans and marine cut, DJ profession and founder of one of the first private radios, "Punto Radio".
Vasco was immediately fascinated by Maurizio's guitar style and from here began a long musical partnership, first as a radio host, then as a musician and author of the music of songs such as "Canzone", "There is who says no" , "Sleep, sleep", "Laugh at you", "The show", the less known "Whether it's true or not" and others. Maurizio is also able to compose riffs and solos so engaging and exciting in their simplicity as to constitute a rare example of a guitarist able to “make the audience sing” the same notes played by his guitar.
An example of symbolic songs are "Colpa d 'Alfredo" and "Albachiara" ... Founder, together with Massimo Riva, of the "Steve Rogers Band", after many years of militancy as a backing band of Vasco Rossi from the very first 1980s to 1987, the group took off independently in 1988 with the single "Get up the skirt", written by Maurizio himself, which reached the top of the charts that summer.
In 1990 Maurizio returns to Vasco's side, after the “Steve Rogers Band” runs out of his creative vein.
With him he shares the successful world tour of 1991, the overwhelming success of the five Italian dates of that year, a tour and a record record like "Gli spari sopra" in 1993 and the exciting two days of rock against the bombs of ex-Yugoslavia, "Rock under the siege" of July 1995.
In May 1999 the great Massimo Riva dies, whose absence can only be filled on stage by a "piece of history", paraphrasing a presentation by Vasco, like Maurizio, who completes a new record tour which was that of “Rewind”. As a protagonist he also plays on the dates of the 2001 "Stupido Hotel Live", in front of tens of thousands of people everywhere.
Maurizio also matures less strictly professional and more “playful” experiences such as appearances in clubs and small spaces. His groups are called "Superjam" with Claudio Golinelli known as Gallo on bass and Daniele Tedeschi on drums, then more recently the "Class" were born, with Gallo himself plus Beppe Leoncini on drums, Michele Luppi on keyboards and choirs and Vic Johnson as the first entry. He also plays in trio with Franco Mussida (from PFM) and with Dodi Battaglia (from Pooh), as part of the "Guitars of Italy" formation.
To remember the collaboration with Fernando Proce dating back to 1997, which gave birth to the album "Radioshow" of which Maurizio has signed almost all the music as well as of course the guitar performance. Now he is also producer and arranger of the group "Custodie Cautelari" with whom he frequently offers live in clubs and bars. On 4th January 2004, the "Steve Rogers Band" meets in Zocca for a concert-tribute to Massimo Riva ..... great success !!! Vasco's new album "Buoni o Cattivi" is released in April and Maurizio is the author of the song "Rock 'n' roll show". A long tour of Italy follows. He appears at the Sanremo Festival alongside Vasco, super guest of the kermesse. In Sanremo, during the Festival, he duets with Dolcenera.
In Montecarlo, for the Rai Christmas concert, he accompanies Skin on the guitar. In 2007 he is on tour for Vasco Live 2007 in the major Italian stadiums, between June and September.
There are numerous live shows with the Steve Rogers Band and the Custodie Cautelari. 2008 still reserves a long tour with Blasco between May and October, the Vasco Live.08, as usual in large open spaces In 2009 he participates in the concert of May 1st in Piazza San Giovanni in Rome with Vasco and in September they begin rehearsals for the Vasco Europe Indoor Tour 2009/2010. In October we start with the date zero in Mantua, and then continue with various stops in the palaces of Pesaro, Ancona and Caserta.
In December he is supporter in the Italian concerts of Deep Purple together with Gallo, Michele Luppi, Adriano Molinari and Mimmo Camporeale.
In conjunction with this event, the single Money comes out, an anticipation of his highly anticipated cd that will see the light in March 2010. In 2010 Maurizio will be engaged alongside Vasco in live shows in Italy and abroad, but above all it is the year of release of his first solo work under his name, the cd entitled Volume I.

ome Song, Some say no, Rock 'n' roll show and many others 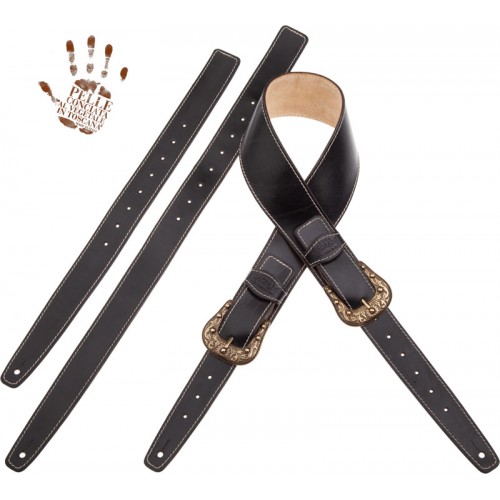