"When we intertwine our voices, I seem to hear my doubled" (Giorgia)

Born in 1985 in Florence from an Austrian mother and an Italian father. She was educated to listen to classical music by her pianist mother and began studying classical guitar early with Maestro Nuccio D'Angelo, developing a particular interest in Brazilian guitar.

During high school he composed and produced the first EP of original songs by participating in Sanremo Rock and composes instrumental music for small theatrical productions represented at the Greek Theater of Palazzolo Acreide (SR) and at the Lorenese Theater of the Fortezza da Basso (Florence). / p>

She graduated from classical high school and subsequently worked in Italy, England and Belgium on the realization of the first solo album which saw her author of lyrics and music with the artistic production of Fabio Balestrieri (Larry Dunn, Stephen Bray, George Benson, Tom Jones, Giorgia) and Phil Gould (Level 42).

At the age of 22, the album "Escapizm" was released under the Warner Bros label, mastered by Martin Giles (Depeche Mode) at Alchemy Soho in London. The presentation is Sold Out at the Blue Note in Milan and follows a promotional tour in the main national radio networks, concerts and showcases in Italy, England, Holland, Germany and Belgium.

She opens the concerts of the Piazza Vittorio Orchestra and in 2008 she is invited by Giorgia to participate with a Featuring in her song "Come Out", which claims to have found "A pearl". She plays the main song of the soundtrack of the film "Essayette" by Beatriz Martinez-Gatell (England, 2008), and collaborates again with Giorgia on the remake of the song "La Gatta".

At 24, she is Giorgia's only vocalist in the Spirito Libero Tour, and subsequently at the concert event "Friends for Abruzzo" at the San Siro Stadium in Milan.

He lives for several years between Italy, England and Holland, subsequently graduating in Clinical Psychology at the University of Florence and in 2012 he is again Giorgia's chorister in the Behind the Appearances Tour.

He appears alongside Giorgia in the live of Radio Italia, Wind Music Awards 2012 at the Arena di Verona and in the video clip of the double platinum single "You bring me up".

This is followed by the opening for Paola Turci, an intense live activity in Italy and England, an invitation as a guest to the Heraclea Prize and to many musical contests as a juror.

In 2013 he participated in the first edition of the TV program The Voice (Rai 2) making his debut with the best results and with excellent feedback from the jury and the public, then publishing the unpublished "I want to make a mistake" for Universal.

Graduated from the Higher Education Course in Artistic Vocology at the Alma Mater University of Bologna directed by Franco Fussi and Silvia Magnani with publication of the thesis in the proceedings of the X International Conference "The artistic voice" (2015).

Participate as a guest in charity events including "Nicco Day" at the Obi Hall and the National Convention of the Family Doctor at the Puccini Theater (Florence) for the fight against domestic violence.

In 2016 she was one of the winners of the "Toscana 100 Band" competition organized by the Tuscany Region, with a concert project in support of women's anti-violence centers.

Since 2016 he has participated annually as a guest in the Meeting of Human Rights with the schools of Tuscany.

It's Endorser Iqs Strings, Eko Guitars and Magrabò Guitar Straps. She is tutor and creator of the protocol of the songwriting project aimed at musical high schools 'Never in silence' (awareness path against gender violence wanted by the Tuscany Region) and sworn in the subsequent contest together with Irene Grandi, Tommaso Brunori and other artists.

He is vocalist and acoustic guitarist of the Sunday In Orchestra (Rai 1) conducted by M ° Luigi Sacca during the 2017-2018 season. He participates with a cameo in the show on Italian futurism in music "Piedigrotta Futurista" at the S. Cecilia Conservatory, where he follows the seminar on methodology for artistic research curated by the Orpheus Institute (BE) and the choir Masterclass directed by M ° Mats Nilsson .

He is again Noemi's vocalist and guitarist in La Luna Tour 2018, accompanying among other guests such as Arisa, Morgan, Fiorella Mannoia, Gaetano Curreri, Paola Turci.

Take part in the events to support the International Women's House in Rome together with Noemi, the actresses Paola Cortellesi, Jasmine Trinca and other artists of the Roman scene.

It supports the ONLUS Tennis in Rosa association for the fight against breast cancer and the Together Against Racism event, sponsored by the Municipality of Florence and the Tuscany Region.

Recently he is working on writing a vocal manual for Edizioni Lizard / Ricordi.

Soon again with Giorgia in the Pop Heart Tour 2019.

“Diana Winter: debut that promises sprouts (…) and a sincere record, which strikes for the maturity of the songs both in terms of writing and interpretation. There is a certainty in her that disconcerts, as if she had done nothing but record records. " (Free)

"Winter approaches the debut album with the artistic maturity of the great singer-songwriter. His voice is relaxed and full, the guests are first-rate (...) An organic project, conceived, inspired, created with sensitivity and competence. " (Tribe)

“Mix soul and pop with class and world-class musicians” (Maxim)

"Free not to choose, to wander without predefined directions: this is the philosophy, today, of Winter, and in those songs she proudly declares it, applying the" non-rules "throughout the album" (La Repubblica)

"He plays soul and jazz, but with the extraordinary freshness of his 22 years" (L'Unita) 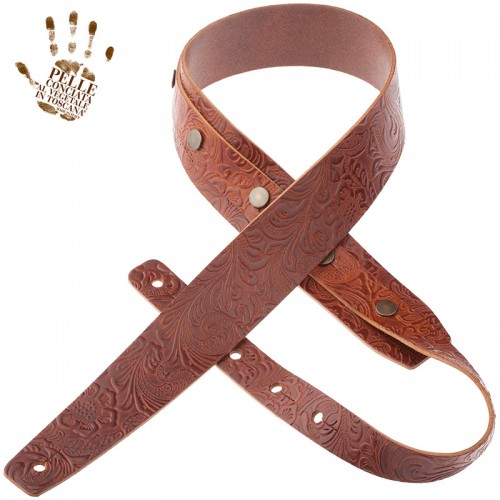