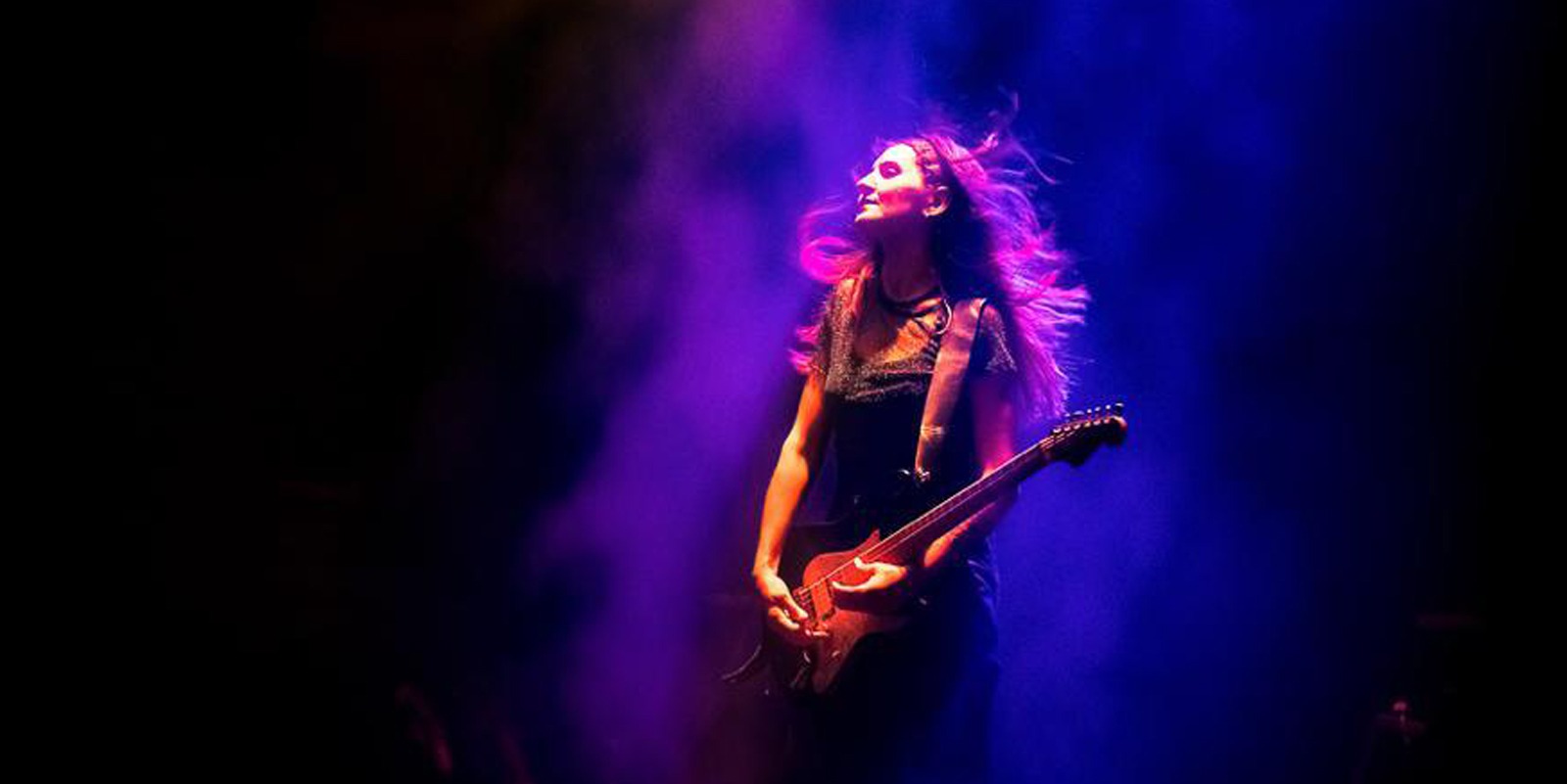 Anna Greta was born in Pesaro on 9 November 1987, at the age of 9 she began her musical career with the study of classical piano and reached the third year at the G. Rossini conservatory in Pesaro.

At the age of 17 he switched to electric guitar, graduated from the Music Academy 2000, entered the jazz triennium at the G. Rossini conservatory in Pesaro and graduated in 2012. He graduated from the Lizard in 2017 and published his first unpublished "To Nina "Which led her to be called by Giorgia in 2019 for her PopHeart and PopHeart Summer Tour.

Anna Greta was born in Pesaro on November 9th 1987 from a family of artists. Immediately showing predispositions to the arts and music thanks also to the stimulation of her parents, she began his musical path at the age of 9 with the study of the piano. She was allowed on the G. Rossini conservatory in Pesaro at the age of 12 who attends until the third year of classical piano. Anna Greta attends the art school in Urbino and at the age of 16 she discovers the aerosmith's "nine lives" album thanks to an her classmate. Her musical life takes a big turn and she leaved the classical piano for the beginning study of guitar.

She started self-taught with her mother’s 12-string acoustic guitar, very discouraging for beginners. After two months of stop finally she gets her first six-string acoustic guitar. Meanwhile, she begins to listen the rock of  acdc and she was falling in love more and more with the sounds of Aerosmith, but these are not her only favorite groups. In fact, when she was younger she had consumed the "Max Gazzè" album, released in 2000. Her first album purchased was REM's "Reveal" and she showed since childhood an innate predisposition for the music of Zucchero Sugar Fornaciari, still her favorite artist. Thinking that rock was her way instead she immediately showed his predisposition to pop, music that he discovered to be the common thread of his life at the age of 30.

At the age of 17 arrives her first electric guitar and after a few private lessons she meets the teacher Simone Oliva who makes her passionate about the instrument.

On February 23th, 2006 she goes on stage for the first time and on a cold and humid morning in Urbino she decides that this will be her life and with the support of his parents after a sabbatical year in 2007 she admitted in the Music Academy 2000 in Bologna. She gradueted in June 2008, in the same year after a summer under the guidance of the teacher Marco Di Meo, she was admitted at the jazz triennium of the G. Rossini conservatory of Pesaro and graduated in July 2012. In the meantime, she started her live activity which led her to play throughout Italy and also abroad thanks to the group Diamond Beast, the European female tribute to Iron Maiden. She plays in many tributes and local groups and finds herself facing the most disparate live situations that always faces with enthusiasm and desire to do and stay on stage. She also begins the way of teaching, she is called by local groups for replacements even at the last minute and begins to establish collaborative relationships with recording studios.

After the graduation, she took lessons from the teacher Riccardo Bertozzini, became an endorser of Bespeco and at the 2014’s Naples fair she knew her future musical guru: Lorenzo Carancini. Shocked by Lorenzo's performance she decides to enroll in the Lizard years, where Lorenzo was teaching. She passed the exams with the special tutor and graduated with honors and special mention in Fiesole on 26th June 2017. In the same year he published on YouTube her first song "To Nina" which she presented for the exam and earned her the score of 9 points out of 10. In the meantime she becomes endorser of: Costalab, Essetipicks and make a collaborative relationship with the luthier Romano Burini. She also become a Magrabò endorser and under the brilliant mind of Oddo Boni she creates a Custom Guitar Straps with her illustrations.

She takes part in the resident band of “Popsophia Contemporary Festival”, she has been called as guitarist by the historical group Le Bollicine and her live activity has become increasingly active and the numbers of students grow up constantly. In 2015 she won the contest “suono meglio di Cesareo" and visits Elio e le Storie Tese’s studies in Milano. She establishes a friendly relationship with Cesareo, one of his favorite guitarists of all time. At the end of 2019 she participates in the Bologna music fair as Bespeco’s endorser together with Cesareo and Machella.

In 2019 he became Lizard teacher at the new Chiaravalle’s venue and continued his teaching activity at the CDM Music Lab in Marotta for the seventh consecutive year.

In April 2020 her published two more songs: "The Spell” and “Moto di Rivoluzione” (the last one with Sara Gambaccini on voice and Claudio Zappi on bass). Both songs are present on YouTube and Facebook.

She still continues to write songs with the aim of publishing her first album. 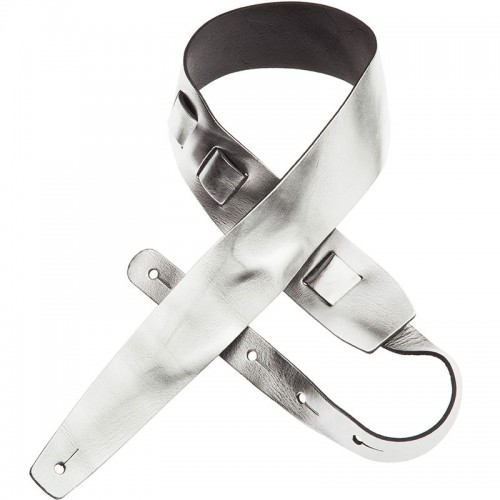 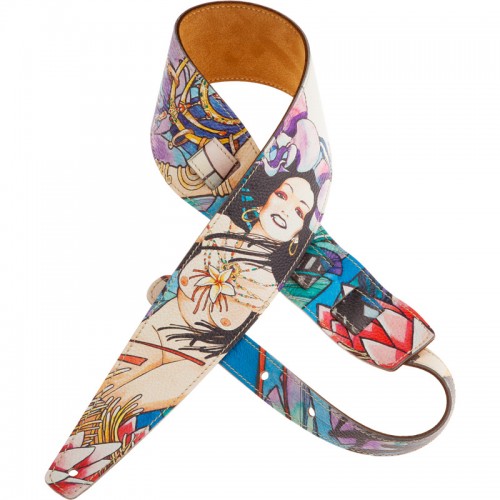 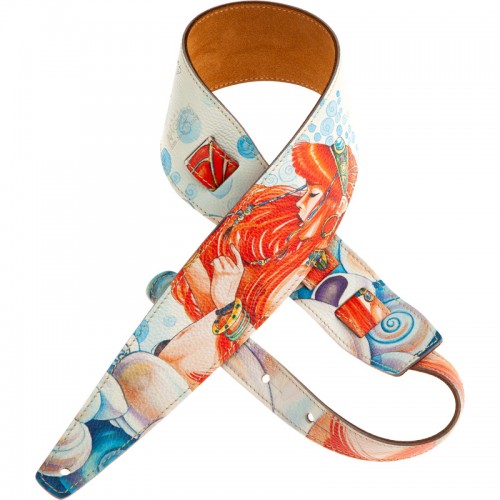